If you'd prefer to watch our review, please see this video below:

We were given the opportunity to test this racquet out in late February/early March for 2020 in collaboration with Badminton Click in Melbourne, Australia. It officially dropped on March 20th, 2020. 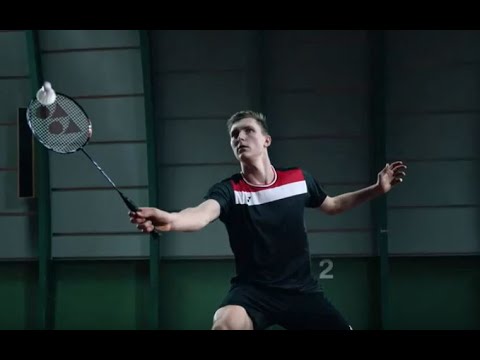 Firstly, here's a bit of background and technical details about these two racquet for those that aren't familiar:

General Specs of the Astrox 100 ZZ we tested:

Similarly, here are the general specs of the Astrox 100 ZX we tested:

Yonex promotes these racquets similarly and focus on the following:

A full list of technical specifications for the racquets and more can be found at the yonex website:

Before you read below, please keep in mind that this is based on our opinion only and your own personal views may be different. Whether you choose to use or consider this racquet for yourself will depend on your own playing style, ability and preferences.

My likes:
It's really easy to manouever racquet that's forgiving and very easy to handle.

Jeff's likes:
The shaft feels quite flexible (yes, we know it's marketed as extra stiff!) and gives a soft gentle feeling when striking the shuttle. It also provides great control.

My dislikes:
I have a general preference for lighter racquets. Although this racquet feels like an even-balanced racquet due to its rotational generator system, I would still prefer it slightly lighter. However, this is me knit picking and I feel that this is an overall great racquet.

Jeff's dislikes:
I usually use racquets that are generally heavier (>83g) and heavier heads as a result. I found it a little bit more difficult to generate power over head and for drives.

Overall Comments & Who's It For
In our opinion, this racquet is a very suitable racquet for all levels of play and is would be benficial for doubles players that prefer to play at the front court and/or neutral/defensive players. As for singles player, we'd recommend this racquet for counter-attacking singles player and not a 100% offensive/hard hitter because it's not so head heavy. That being said, there's no reason why you couldn't use this racquet as a 100% hard hitter or as any other type of player too. The choice is yours!

My likes:
When you're in position and prepared for the shot with this racquet. you can generate a lot of power and produce some really clean and crisp shots.

Jeff's likes:
I like the way it feels when you swing it through the air and also the momentum of the swing carries through the shuttlecock. It's great for generating power, for instance, when you're defending smashes as it's easy to get the shuttle back over to the rear court.

My dislikes:
It is a very stiff racquet similar to the Astrox 99 and because of this, it is a bit unforgiving. I also think I have a relatively slow reaction speed and during fast exchanges where a shorter swing is necessary, I find it difficult to move the racquet quick enough to be in position to generate enough power even though it's a powerful racquet.

Jeff's dislikes:
It's a bit opposite to the 100ZZ to me, feeling a lot harder on the strings and on the racquet. The feeling and the touch is not quite there for me and a disadvantage in my opinion. Also because it is head heavy, start and stop movements such as moving from backhand to forehand quickly are a bit slower.

Overall Comments & Who's It For

This racquet is designed for the advanced attacking player and not as suitable for beginners. For example, an offensive doubles player who spends most of their time at the rear court cranking down huge smashes is what this would be perfect for.  For singles player, we'd recommend it for those who have more of an attacking style of play, liking to play spin net shots and jump smashes.

If you're interested in this racquet, we have a special offer here just for you!

Have you had a chance to try this racquet? Do you agree or disagree?